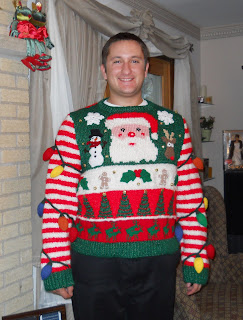 A year ago I was faced with an arduous task: design an Ugly Christmas Sweater. No, not just ugly but the ugliest Christmas sweater I could imagine. One so ugly it was guaranteed to win any contest. Well, at the very least, the one my brother was entering during last year's Christmas season.

Fast-forward to now...the sweater competed and won in 2010, don't worry. But it's great success doesn't do justice to the monumental effort it took to design. 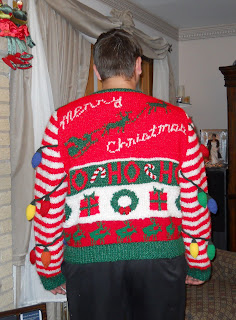 Creating it was quite the undertaking. I had sworn to include every holiday figure and icon I could knit. My vision included Santa, Rudolph and Frosty. They were all there along with gingerbread men, evergreen trees, wreaths, presents and candy canes. Jingle bells? There might have been a few. But in my search to create the most obnoxious red and green garment only an old lady could still consider classy, I found I needed to start designing my own knitting charts. There just weren't enough available on the Internet.

That being said, in the event that anyone who's crafty with needles decides to embark on an ugly Christmas sweater adventure in the future, I thought I'd share these. 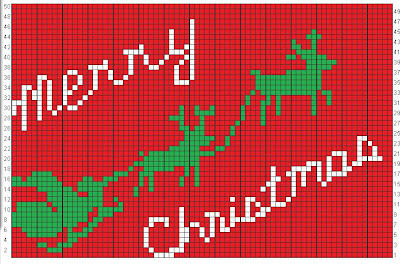 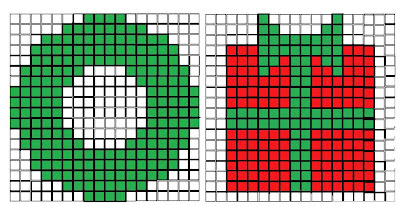 Couldn't have made these without this very useful website: http://jacquie.typepad.com/Charts/knitChart.htm

This one's not entirely mine. I tweeked a Santa chart I found on Ravelry... The original just looked too sad! The original chart can be found at www.knitting-and.com/knitting/patterns/charts/santaclaus.htm Many thanks to the creator! 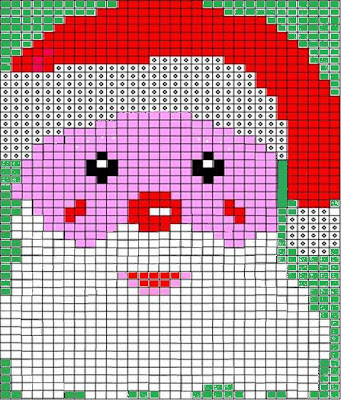